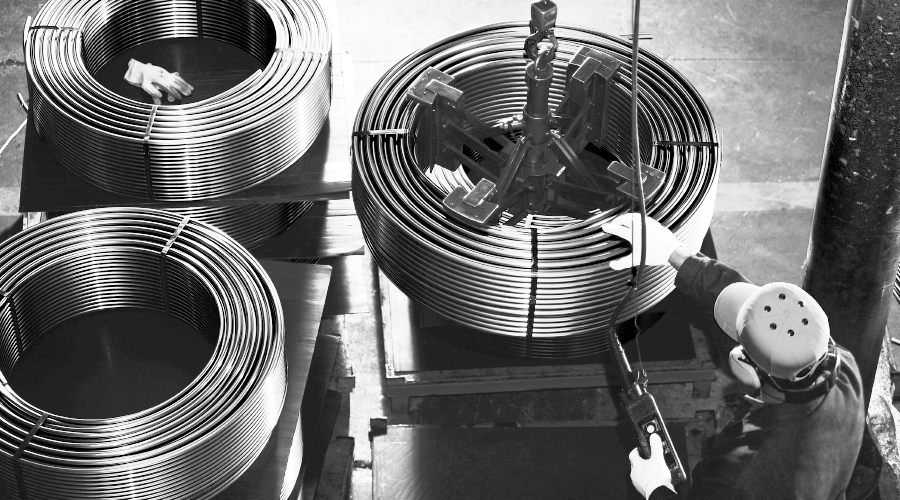 While in the first half of 2020 commodity prices experienced a historic slump, the signs for a longer-term comeback are now very positive: massive global economic stimulus programmes, recovering demand, and a supply shortage due to structural underinvestment in recent years are consistently driving commodity prices upwards.

For many emerging markets, commodity exports continue to be important growth drivers. For this reason, the positive price momentum, which is expected to continue over the longer term, offers a very positive outlook for emerging markets in the coming years. Consequently, growth in these countries is likely to deliver positive upside surprises in 2021 and beyond. This is particularly true in Latin America, where commodities account for more than two-thirds of total exports for many countries. 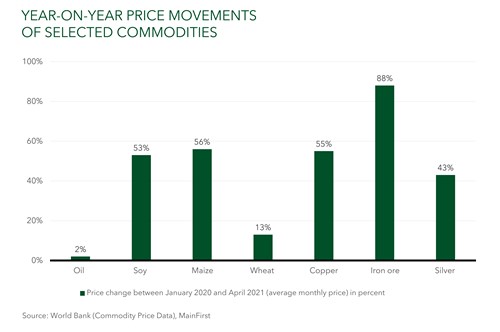 A more detailed look at individual commodities and countries shows how emerging markets across the board are benefitting from this recovery. While it is true that the market dynamics are different for each commodity, fundamentally, it is apparent that demand is recovering relatively quickly, while supply remains constrained overall. The commodity price collapse at the beginning of the decade forced many companies to exercise financial discipline and investments failed to materialise, particularly in riskier greenfield projects. As a result, the entire sector is now facing a supply deficit. 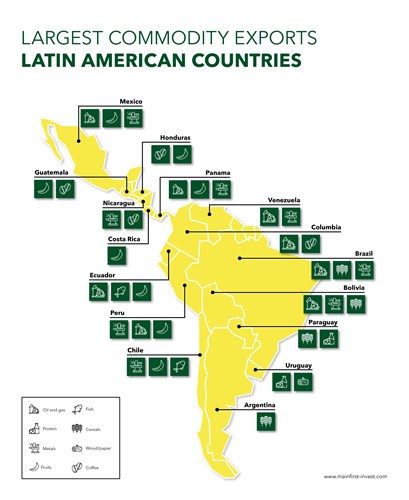 The prices of many base metals in particular, such as copper, nickel and iron ore, are expected to remain high, even though they are already trading at record highs. In addition to the aforementioned structural supply deficit, metals should benefit from several factors. On one hand, the massive global stimulus programmes that have been announced are fuelling infrastructure investment, and with it demand for base metals across the board. For example, in the US alone, an additional stimulus of USD 1.9 trillion was approved in April. On the other hand, many metals are also expected to see a surge in demand due to an increased global focus on climate-friendly alternatives. In the US, for example, a portion of the aforementioned investments has already been allocated to climate protection and environmentally-friendly energies. In Europe and China too, the focus on environmentally-friendly policies is growing. The five-year plan announced in China envisages increasing the proportion of renewable energies in the total energy mix to 40 percent by 2030 and increasing the proportion of alternatively-powered vehicles to 20 percent of all new vehicles by 2025. This should benefit metals such as copper, silver, nickel and platinum, which are not only needed for electric vehicles, but also for their batteries and charging infrastructure, as well as for solar panels and much more. The demand for electric vehicles alone is expected to increase from 2 million to 8 million by 2025 - and on average, an electric vehicle contains almost three times as much copper as a vehicle with an internal combustion engine. This development should have a particularly positive impact on countries like Peru and Chile, which are responsible for around 40 percent of global copper production.

Rapid recovery for mobility – and the oil market

Even though the share of renewable energies in the overall energy mix is steadily increasing, the World Energy Council still expects fossil fuels (oil, gas, coal) to dominate in absolute terms until 2050. In this context, the oil market will continue to be relevant. And while metals are already trading at record levels once more, there is still upside potential for oil prices from a normalisation of activity. After the collapse in oil prices in the spring of 2020, the rapid recovery was mainly driven by strong supply reduction, especially within OPEC+ countries. Overall, OPEC+ countries agreed to reduce production by more than one-fifth of normal production levels. Compliance with, and controlled increases in, these production levels has been very good so far. Moreover, with successful vaccination strategies and the resulting immunity to Covid-19, global mobility has been recovering steadily since the beginning of the year – and with it, the demand for oil. Consequently, Brent prices have risen to more that USD 70 per barrel, an increase of around 40 percent since the beginning of the year.

A further recovery of transport, industry and infrastructure is likely to additionally drive up energy demand. As a result of this development, prices in the energy sector should continue to recover in the coming months. First and foremost, the Middle East and Russia, which together export about half of the world's oil, will benefit. However, the price increase will also have a positive impact on some Latin American countries, where oil still accounts for a large share of exports. Colombia and Ecuador in particular, with a share of 40 percent each of the country's total exports, are worth mentioning here, but for Panama (20 percent) and Brazil (10 percent), too, the revenues from oil exports represent a large share of the gross domestic product.

Agricultural products at a multi-year high

In addition, many agricultural products, both traditional products such as soy, maize and wheat, but also other commodities such as coffee, sugar or vegetable oils, are also currently trading at multi-year highs. In May alone, global food prices rose by 4.8 percent, the fastest rate in 10 years. This price development was driven by supply shortfalls due, among other things, to drought and harvest delays, but also by supply chain disruptions, strong demand – particularly from China – and a depreciation of the US dollar. On the other hand, global grain production is expected to increase by a record high of around 2 percent in 2021, which without further shocks should keep reserves balanced in the medium term. The upcoming harvest months in the US and Europe will be decisive for further price development.

Latin America, as the world's breadbasket, is likely to benefit greatly from the general rise in grain prices. Brazil, for example, is the world's largest soy producer, accounting for almost 60 percent of global exports. But the price trend should also have a positive impact on other agriculture-focused countries, such as Argentina, Panama or Paraguay. At the same time, however, it is important to keep a close eye on inflationary developments due to food price increases, as this can have a negative impact on the poorer, import-dependent emerging markets.

Keeping an eye on the macro situation

Overall, the recovery in commodity prices should provide new impetus and additional growth opportunities for many emerging markets, which should then also have a positive impact on emerging market investments. When investing, it is important to consider the individual contexts: which commodities does the country benefit from and to what extent is it dependent on individual commodities or a mix of different commodities? On the one hand, there is Bolivia or Colombia, where the oil and gas sector still accounts for a large share of exports. With the historically low prices in 2020, these countries would then also lack the corresponding revenues in their state budgets. On the other hand, Brazil can benefit from a broadly diversified mix of commodities - the country exports soy, oil & gas, iron ore, proteins and wood and paper products. But Mexico has also been able to break away from its dependence on oil over the years and is now Latin America's largest exporter of industrial goods.

Moreover, it is important to factor in how the additional tax revenues will be used for reforms and investments to prepare the country for the end of the commodity cycle. In 2010, we saw how emerging market assets suffered from the collapse of commodity prices. In the meantime, however, many countries have recognised the problem. Peru, for example, has increasingly expanded its agricultural industry in recent years and invested in irrigation systems and crop protection in order to be less dependent on the mining sector.