A turning point for value stocks? 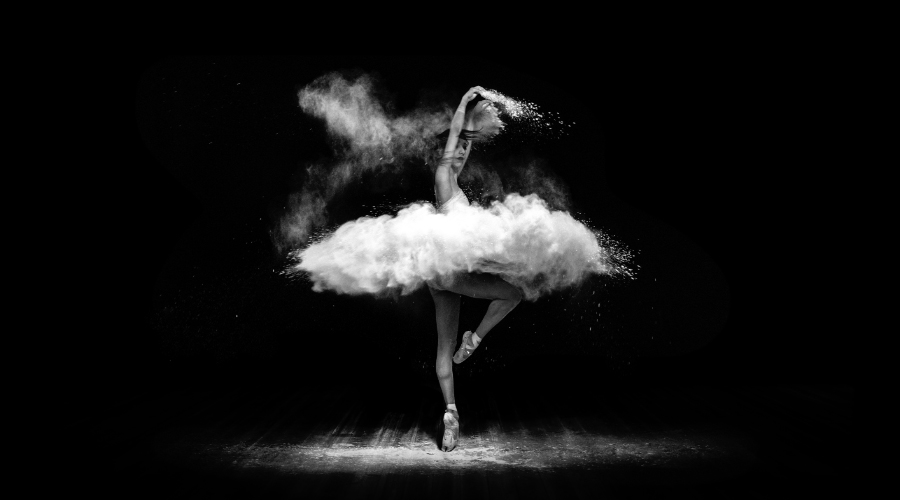 What a month! November wasn’t only an exceptional month for global equity markets. The DAX even recorded the strongest November rise since its launch in 1988, with a gain of 15 percent. However, if we take a closer look at this small rally, something even more remarkable becomes apparent. This time, its main drivers were the often-overlooked stocks from the more cyclical sectors, which are frequently lumped together under ‘value’. It is well worth taking a second look here.

The wait-and-see attitude of many market participants in the run-up to the US presidential election is over. The uncertainty and tension ahead of these elections was considerable and, at the same time, was a contributing factor to October’s weakness. In particular, the reluctance of many institutional investors, who made their positioning contingent on the election results, negatively impacted share prices. President-elect Joe Biden, who actually received the highest number of votes ever cast for a US president, is expected to promote tolerance and unity within the United States, while adopting a less polarising stance in terms of foreign policy, which is fundamentally good for the stock markets.

New hope from a vaccine

But the much more significant news came shortly after the election: surprisingly good results for a coronavirus vaccine that is both highly effective and should be available within a short time. New hope for the international community. This seed of hope is inspiring confidence and awakening the natural optimism of the stock markets. Because even if the vaccine might not be available to large sections of the population until 2021, market participants are already pricing this news into current share prices. Few people had expected this to happen so quickly. The excitement was also felt on the stock markets. In addition, this message represents a paradigm shift in the perception of many companies on the capital market. Share prices of companies that were particularly affected by the pandemic, especially in the tourism, entertainment, real estate, banking and energy sectors, recovered extremely quickly overall. For them, the availability of a vaccine opens the door to a return to normality – at least to a new type of normality.

As uncertainty eased, the typical coronavirus winners moved somewhat out of investors' focus. Instead, more cyclical and value stocks enjoyed a revival. At the beginning of this major sector rotation, the shares that had been hardest hit so far this year were bought in a state of almost panic. The further they had fallen, the more interesting they became as supposed bargains. Conversely, there were parallels to the indiscriminate sell-off in March. During that time, shares and other asset classes were converted into cash, in some cases regardless of style, investment classes and quality. However, as the recovery progressed, there has been greater differentiation in terms of the quality of the respective companies.

This is precisely the decisive factor in this ongoing investor reorientation, which has been triggered primarily by the game changer, the ‘vaccine’. All companies are once again on equal footing in the game - or on the trading floor of the stock exchange. High-quality companies that were unpopular due to their cyclical nature are now back on the team roster and are no longer sidelined from the outset. For example, the share price of the car rental company Sixt is now back at pre-coronavirus levels, even though not as many air travellers are taking their holidays in a Sixt car as previously. One of the things that is already being priced in here is that Sixt, with its excellent capitalisation - thanks to rigorous cost management and shrewd acquisitions during the crisis, will very quickly be back on the road to success and consequently back to profitable growth as soon as real-world conditions improve. After the enforced abstinence of recent months, the desire to travel is only likely to increase.

The immense relief that came with the vaccine announcement was also reflected in the European indices, all of which showed good double-digit percentage growth in November. While the broad market gained just over two percent from the end of the announcement day until the end of November, the MSCI Europe Value Index even managed to gain more than 6 percent, as such regaining at least a small part of the ground it had previously lost. Investor money, which is now flowing back into the stock market as a result of positive perception, is driving this development. Many stocks from the value segment offer potential for value-oriented investors. For them, it will soon be operating performance that counts once more.

The impact of the market realignment in November is reflected in the exceptionally strong sectoral movements in Europe: there was a gap of more than 24% between the best sector (oil & gas +30.6%) and the worst sector (healthcare +6.1%). The banking sector, the weakest sub-sector until the end of October, also grew by more than 30 percent in November alone. Defensive sectors such as food and beverage producers or manufacturers of household goods only gained a good 9 percent, which was impressive but well below average. In comparison, the broad European market represented by the STOXX Europe 600 TR rose by 13.7 percent. It is worth noting that these are all monthly movements that can easily occur within a normal stock market year.

Another remarkable aspect that argues in favour of a sustained recovery of value stocks is the significant difference in the monthly performance of the respective country indices. For example, Germany's leading index DAX 30 (+15 percent) did not recover as strongly as the Spanish IBEX 35 (+25 percent) or the French CAC 40 (+20 percent), which are more banking-oriented. This is partly due to the high hopes for the availability of a vaccine, which is urgently needed - particularly in countries more affected by the coronavirus such as France, Spain and Italy. Shares and indices in these countries were at the bottom of the ranking in 2020, whereas their German counterparts fared much better, in no small part thanks to massive government economic support measures. European stock markets, whose companies tend to be value-driven in comparison to the US, offer a solid opportunity to build on an economic recovery in the wake of global shifts.

It is above all the considerable monetary and fiscal policy stimuli that are fuelling share prices and virtually function as the ultimate safeguard. Politicians and central bankers do not want to take risks, so they prefer to provide too much support rather than too little. However, owing to regulatory intervention in the free economy, the operational outlook of many cyclical companies remained gloomy in the absence of a vaccine or effective medication against the coronavirus. As a result, their share prices were unable to keep up with more defensive and growth stocks over the course of 2020. The announcement of the discovery of a successful vaccine marked the turning point in this unfortunate situation. So far, only some of the previous share price losses of many good quality value stocks have been recouped. If next year inflation is also fuelled by a rapid economic recovery driven by a deluge of money, this relative recovery is unlikely to fade away any time soon.

The gap between value and growth that has built up over the past few years, and which has widened this year, should now continue to close. In November, this was mainly due to an outperformance of value, which was not necessarily accompanied by absolute price losses in growth. This constellation offers great opportunities, in particular for actively managed funds. The latest results show that our independent teams are still able to achieve very positive results, despite sometimes fundamentally different approaches - and even in market situations with such extreme movements in a short period of time. By means of active management, even such a sector rotation can become a win-win situation for investors with the most diverse convictions. Active fund management thrives on the selection of single stocks, which should bear fruit even in adverse market phases.